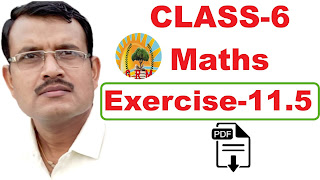 What is an Equation?
Let us recall the matchstick pattern of the letter L
The number of matchsticks required for different number of Ls formed was
given in Table 1. We repeat the table here.
We know that the number of matchsticks required is given by the rule,
2n, if n is taken to be the number of Ls formed.
Appu always thinks differently. He asks, “We know how to find the number
of matchsticks required for a given number of Ls. What about the other way
round? How does one find the number of Ls formed, given the number of
matchsticks”?
We ask ourselves a definite question.
How many Ls are formed if the number of matchsticks given is 10?
This means we have to find the number of Ls ( i.e. n), given the number of
matchsticks 10. So, 2n = 10 (1)
Here, we have a condition to be satisfied by the variable n. This condition
is an example of an equation.
Our question can be answered by looking at Table 1. Look at various values
of n. If n = 1, the number of matchsticks is 2. Clearly, the condition is not
satisfied, because 2 is not 10. We go on checking.
We find that only if n = 5, the condition, i.e. the equation 2n = 10 is satisfied.
For any value of n other than 5, the equation is not satisfied.
Let us look at another equation.
Balu is 3 years younger than Raju. Taking Raju’s age to be x years, Balu’s
age is (x – 3) years. Suppose, Balu is 11 years old. Then, let us see how our
method gives Raju’s age.
We have Balu’s age, x – 3 = 11 (2)
This is an equation in the variable x. We shall prepare a table of values of
(x – 3) for various values of x.
To summarise, any equation like the above is a condition on a variable.
It is satisfied only for a definite value of the variable. For example, the
equation 2n = 10 is satisfied only by the value 5 of the variable n. Similarly, the
equation x – 3 = 11 is satisfied only by the value 14 of the variable x.
Note that an equation has an equal sign (=) between its two sides. The
equation says that the value of the left-hand side (LHS) is equal to the value of
the right-hand side (RHS). If the LHS is not equal to the RHS, we do not get
an equation.
For example, The statement 2n is greater than 10, i.e. 2n > 10 is not an
equation. Similarly, the statement 2n is smaller than 10 i.e. 2n < 10 is not an
equation. Also, the statements
(x – 3) > 11 or (x – 3) < 11 are not equations.
Now, let us consider 8 – 3 = 5
There is an equal sign between the LHS and RHS. Neither of the two sides
contains a variable. Both contain numbers. We may call this a numerical
equation. Usually, the word equation is used only for equations with one or
more variables.
Answers