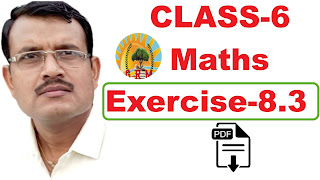 WHAT HAVE WE DISCUSSED?
1. We have learnt about fractions and decimals alongwith the operations of addition and
subtraction on them, in the earlier class.
2. We now study the operations of multiplication and division on fractions as well as on
decimals.
3. We have learnt how to multiply fractions. Two fractions are multiplied by multiplying
their numerators and denominators seperately and writing the product as
product of numerators
product of denominators
5. (a) The product of two proper fractions is less than each of the fractions that are
multiplied.
(b) The product of a proper and an improper fraction is less than the improper
fraction and greater than the proper fraction.
(c) The product of two imporper fractions is greater than the two fractions.
6. A reciprocal of a fraction is obtained by inverting it upside down.
7. We have seen how to divide two fractions.
(a) While dividing a whole number by a fraction, we multiply the whole number
with the reciprocal of that fraction.
8. We also learnt how to multiply two decimal numbers. While multiplying two decimal
numbers, first multiply them as whole numbers. Count the number of digits to the right
of the decimal point in both the decimal numbers. Add the number of digits counted.
Put the decimal point in the product by counting the digits from its rightmost place.
The count should be the sum obtained earlier.
For example, 0.5 × 0.7 = 0.35
9. To multiply a decimal number by 10, 100 or 1000, we move the decimal point in the
number to the right by as many places as there are zeros over 1.
Thus 0.53 × 10 = 5.3, 0.53 × 100 = 53, 0.53 × 1000 = 530
10. We have seen how to divide decimal numbers.
(a) To divide a decimal number by a whole number, we first divide them as whole
numbers. Then place the decimal point in the quotient as in the decimal number.
For example, 8.4 ÷ 4 = 2.1
Note that here we consider only those divisions in which the remainder is zero.
(b) To divide a decimal number by 10, 100 or 1000, shift the digits in the decimal
number to the left by as many places as there are zeros over 1, to get the
quotient.
So, 23.9 ÷ 10 = 2.39,23.9 ÷ 100 = 0 .239, 23.9 ÷ 1000 = 0.0239
(c) While dividing two decimal numbers, first shift the decimal point to the right by
equal number of places in both, to convert the divisor to a whole number. Then
divide. Thus, 2.4 ÷ 0.2 = 24 ÷ 2 = 12.
Note that here and in the next section, we have considered only those
divisions in which, ignoring the decimal, the number would be completely
divisible by another number to give remainder zero. Like, in 19.5 ÷ 5, the
number 195 when divided by 5, leaves remainder zero.
Answers