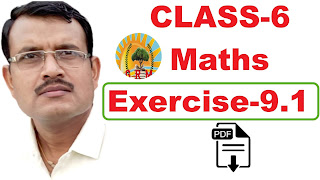 Introduction
You must have observed your teacher recording the attendance of students in
your class everyday, or recording marks obtained by you after every test or
examination. Similarly, you must have also seen a cricket score board. Two
score boards have been illustrated here :
You know that in a game of cricket the information recorded is not simply
about who won and who lost. In the score board, you will also find some
equally important information about the game. For instance, you may find
out the time taken and number of balls faced by the highest run-scorer.
Name of the bowlers Overs Maiden overs Runs given Wickets taken
A 10 2 40 3
B 10 1 30 2
C 10 2 20 1
D 10 1 50 4
Name of the batsmen Runs Balls faced Time (in min.)
E 45 62 75
F 55 70 81
G 37 53 67
H 22 41 55
Similarly, in your day to day life, you must have seen several kinds of tables
consisting of numbers, figures, names etc.
These tables provide ‘Data’. A data is a collection of numbers gathered to
give some information.
9.2 Recording Data
Let us take an example of a class which is preparing to go for a picnic. The
teacher asked the students to give their choice of fruits out of banana, apple,
orange or guava. Uma is asked to prepare the list. She prepared a list of all the
children and wrote the choice of fruit against each name. This list would help
the teacher to distribute fruits according to the choice.
Raghav — Banana Bhawana — Apple
Preeti — Apple Manoj — Banana
Amar — Guava Donald — Apple
Fatima — Orange Maria — Banana
Amita — Apple Uma — Orange
Raman — Banana Akhtar — Guava
Radha — Orange Ritu — Apple
Farida — Guava Salma — Banana
Anuradha — Banana Kavita — Guava
Rati — Banana Javed — Banana
If the teacher wants to know the number of bananas required
for the class, she has to read the names in the list one by one
and count the total number of bananas required. To know the
number of apples, guavas and oranges seperately she has to
repeat the same process for each of these fruits. How tedious
and time consuming it is! It might become more tedious if the
list has, say, 50 students.
So, Uma writes only the names of these fruits one by one
like, banana, apple, guava, orange, apple, banana, orange, guava,
banana, banana, apple, banana, apple, banana, orange, guava,
apple, banana, guava, banana.
Do you think this makes the teacher’s work easier? She
still has to count the fruits in the list one by one as she did
earlier.
Salma has another idea. She makes four squares on the floor.
Every square is kept for fruit of one kind only. She asks the
students to put one pebble in the square which matches their
choices. i.e. a student opting for banana will put a pebble in the
square marked for banana and so on.
By counting the pebbles in each square, Salma can quickly tell
the number of each kind of fruit required. She can get the required
information quickly by systematically placing the pebbles in
different squares.
Try to perform this activity for 40 students and with names of any four fruits.
Instead of pebbles you can also use bottle caps or some other token.
Answers