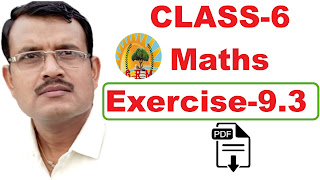 Drawing a Pictograph
Drawing a pictograph is interesting. But sometimes, a symbol like (which
was used in one of the previous examples) may represent multiple units and
may be difficult to draw. Instead of it we can use simpler symbols. If represents
say 5 students, how will you represent, say, 4 or 3 students?
We can solve such a situation by making an assumption that —
represents 5 students, represents 4 students,
represents 3 students, represents 2 students, represents 1 student, and
then start the task of representation.
A Bar Graph
Representing data by pictograph is not only time consuming but at times difficult
too. Let us see some other way of representing data visually. Bars of uniform
width can be drawn horizontally or vertically with equal spacing between them
and then the length of each bar represents the given number. Such method of
representing data is called a bar diagram or a bar graph.
Let represent 10 bulbs.
January
February
March
April
100
200
300
400
500
600
700
800
900
1000
1100
1200
6-7
7-8
8-9
9-10
10-11
11-12
Time intervals
The scale is 1 unit length equal to 100
vehicles.
i.e. 1 unit length = 100 vehicles
Number of vehicles
We can see that maximum traffic is shown by the longest bar (i.e. 1200
vehicles) for the time interval 7-8 a.m. The second longer bar is for 8-9 a.m.
Similarly, minimum traffic is shown by the smallest bar (i.e. 100 vehicles) for
the time interval 6-7 a.m. The bar just longer than the smallest bar is between
11 a.m. – 12 noon.
The total traffic during
the two peak hours
(8.00-10.00 am) as shown
by the two long bars is
1000+900 = 1900 vehicles.
If the numbers in the
data are large, then you may
need a different scale.
For example, take the case
of the growth of the
population of India. The
numbers are in crores. So,
if you take 1 unit length to
9.7.1 Interpretation of a bar graph
Let us look at the example of vehicular traffic at a busy road crossing in Delhi,
which was studied by the traffic police on a particular day. The number of vehicles
passing through the crossing every hour from 6 a.m. to 12.00 noon is shown in
the bar graph. One unit of length stands for 100 vehicles.
Answers